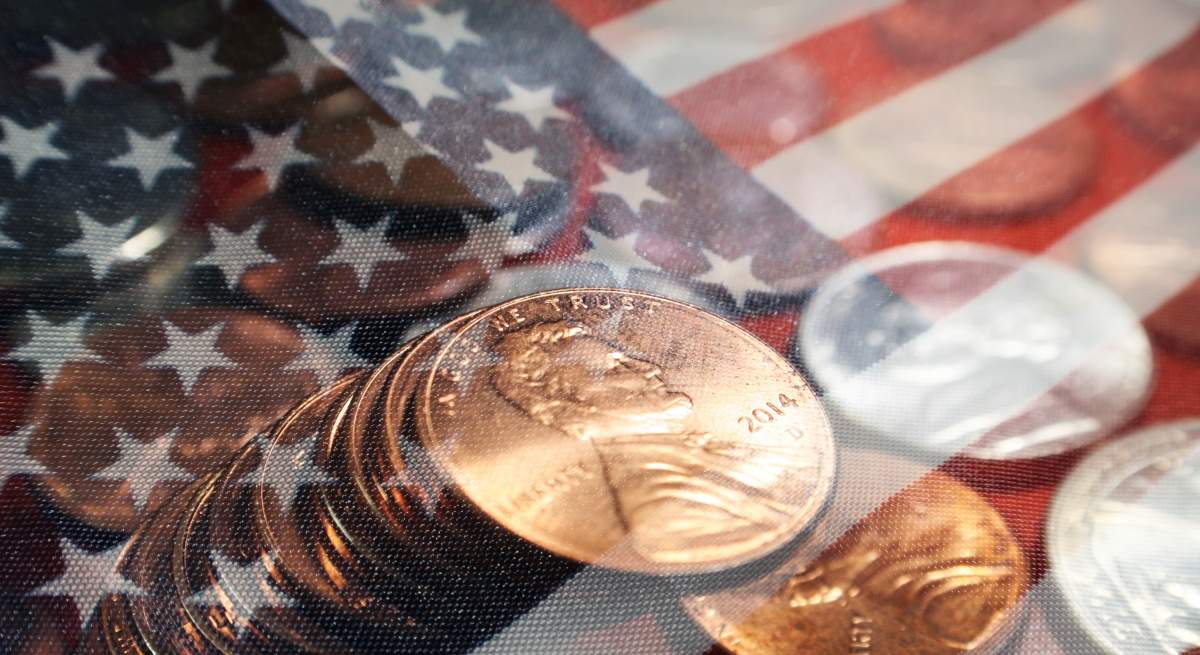 The American stock market, with annual losses of 22%, is heading for what, if nothing changes, will be its worst year since the fall of Lehman Brothers in 2008, when it fell 38.5%. The latest US CPI data paved the way for the Federal Reserve to undertake a new rate hike (75 basis points expected) on November 2, and Jerome Powell, president of the entity, has been firm in his intention to not take off the accelerator until inflation is reduced from the current 8.2% to the 2% target.

Although analysts are still positive about this year’s corporate results (the consensus expects a 13% improvement in the quarterly campaign compared to the same period last year), the probability that the US will suffer a recession in the next 12 months it’s already 100%, according to new projections from Bloomberg Economics models .

In this environment, the consensus estimated earnings multiplier for the S&P 500 has fallen 27% since December of last year (when Powell admitted that inflation was no longer a transitory event) from 22.71 times to 16, 53 times today.

The consensus forecast multiplier has fallen 27% since December 2021
For fundamentals, the PER (times that the profit is included in the share price) at which the American reference is listed based on earnings estimates for this year offers, at current prices, a discount of 8.3% compared to the average of the last decade (18 times) and 1.2% compared to the last twenty years (16.7 times).

And taking the forecast for 2023 (15.3 times) as a reference, the discount is 15% compared to the average price that has been paid for the index since 2012 and 8.4% compared to the beginning of the century.

Banking and technology, on sale
Technology (which weighs 26% in the index) and banking (which weighs 11%) are the industries that offer the greatest discount at current valuation. The first group, one of those that suffers the most from the scenarios of high inflation and monetary tightening, offer a reduction of 12.5% ​​on the estimated PER for 2022 and close to 17% for 2023.

The PER of these companies has been reduced by 32% so far this year. The biggest reductions in prices in the last ten months are carried out by Broadcom, whose ratio has dropped by 40.6%, Salesforce.com, with 38% and Cisco, with 26%.

“As technology companies dominate market indices and often act as the main engine of growth in the US economy, it is this series of results that will likely set the direction for equity markets. Investors are not in a sympathetic mindset : Disappointments will be met with strong selling,” says Lewis Grant, Global Equities, Federated Hermes Limited.

The opposite case is exemplified by financial institutions (benefited by an environment of high interest rates and which surprised last week with better-than-expected accounts) that are bought with an offer of 13% per PER and 23.6% for the year coming.

An opportunity?
The question that must be asked now is whether the investor is facing an opportunity to buy the American stock market, taking into account that it was in March 2020, when the outbreak of Covid paralyzed world economic activity, the last time that the S&P multiplier fell by below current levels.

Despite the correction in the year, Wolf von Rotberg, equity strategist at J. Safra Sarasin Sustainable AM, recalls that “each and every one of the recessions of the last 20 years has seen more pronounced P/E adjustments”. And given that this year’s rate hike is unprecedented, “current P/E levels still look generous in the market context,” he notes.

Thus, remember that the yields of the 10-year US tips (inflation-linked bonds) have returned to the highest levels since April 2010, when the 12-month PER was around 14.5 times. “This gap has not yet been fully closed and can only be sustained if real rates come back down by at least 70 basis points, in our view,” she adds.

On the other hand, the economic outlook should start to weigh more and more on earnings. Thus, the earnings per share (EPS) projected for the S&P for 2022 has suffered a 3% cut compared to three months ago and the estimate for 2023 has been reduced by 3.6%, according to FactSet.

“It doesn’t take much to see a scenario where the S&P falls below 3,000 points,” says von Rotberg. “This would mark an interesting entry point, as inflationary pressures should clearly ease once the US economy contracts, giving the Fed room to ease rate policy again,” he concludes.