A retired Maine police officer pleaded not guilty to sexual abuse to a teenager. A retired Maine police officer pleaded not guilty to sexual abuse to a teenager. (Photo: The Des Moines Register)

He pleaded not guilty to sexual abuse charges involving a 14-year-old child. The alleged sexual abuse took place the same year the officer retired from the force. The charge states that it took place between June 2019 and October 2020. He was a member of the force for nearly three decades and retired as a sergeant. Reports say that neither Belisle nor his attorney responded to requests for comment. 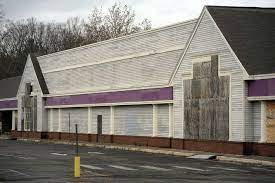 The Effects of Sexual Abuse on Children

Children who fall victim to sexual abuse suffer from the trauma they experience. There are factors that determine how a child is impacted by sexual abuse which usually fall into three categories says the Washington Coalition of Sexual Assault Programs.

The child’s prior psychological issues are critical pre-abuse factors that increase the possibility of serious problems. The risk is greater if the child has previously been the victim of sexual abuse or other traumatic events.

A child is significantly impacted by the abusive aspects of the assault, particularly those that involve force and violence. The most significant factor is whether the child believed they were in imminent danger and that the assault could result in their death or injury.

The caregivers’ response to the abuse, particularly whether or not it is positive, is the most crucial response. Disbelief, blaming the child for the victimization, or blaming the child for causing trouble for the family are all reactions that increase the likelihood of negative outcomes.