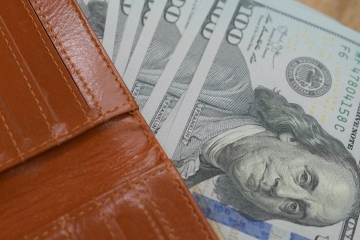 Delayed payments of up to $1,050 left Americans enraged by the "endless loop of futility". (Photo: The US Sun)

Delayed payments of up to $1,050 left Americans enraged by the “endless loop of futility”. Delayed payments of up to $1,050 left Americans enraged by the “endless loop of futility”. (Photo: The US Sun)

460,000 California Residents are Experiencing a Delay in Payments

The Middle-Class Tax refund has been causing 460,000 California residents making them have the sense of questioning why such things are happening.

According to the California Franchise Tax Board, the majority of the MCTR payments would be delivered by mid-January. But this course of action has made recipients impatient.

However, recipients are becoming impatient. Lucie Hostalek expressed to The Press-Enterprise that tracking down her awaited payment is “an endless loop of futility.” She followed by saying that her relative has already received their payments and gave a remark that the government is currently at its worst. Delayed payments of up to $1,050 left Americans enraged by the “endless loop of futility”. (Photo: The US Sun)

The US Sun confirmed that Hostalek has been waiting for a direct deposit since November when she expected it based on the Franchise Tax Board distribution criteria. Millions of deposits have already been sent out by FTB and these are the specific numbers pertaining to it: 7,020,930 direct deposits and 9,112,953 debit cards have been sent through the mail since October.

The FTB website reported that almost $9 billion in refunds have been delivered as of December 30. However, those who have yet to receive their payments are getting restless while trying to get information on their refund.

Hostalek stated that she was able to get a person on the line who shared that the lines are so busy — hence the endless loop. “Later, I figured out how to get to the representative: Press 4, then 9 and then say “representative.” She said that if the caller presses anything else, they’ll get the endless loop. In the end the system will just tell her, “please try your call later.”