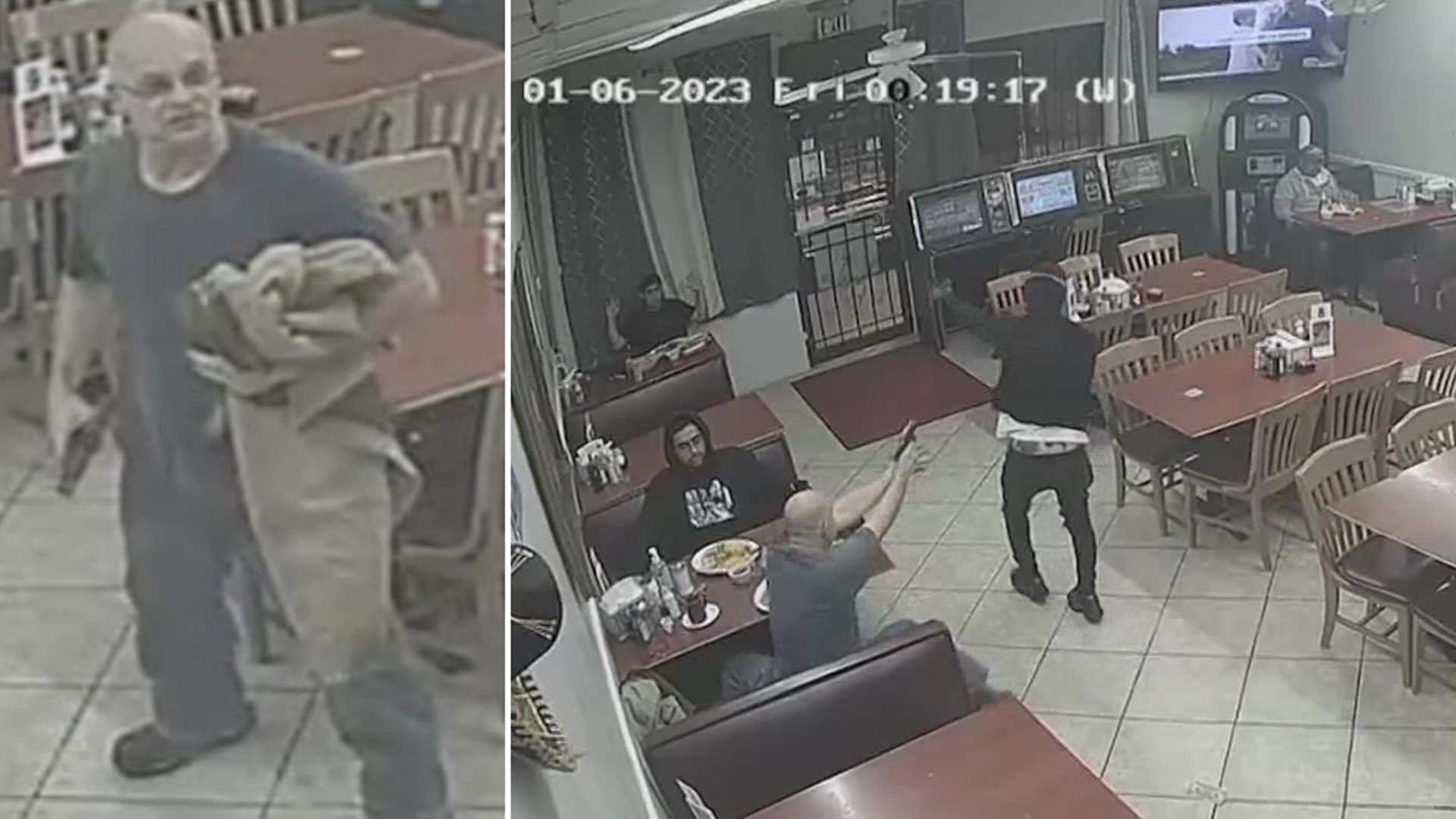 According to police, the unidentified  customer who fatally shot dead an armed robber inside Houston taqueria restaurant and returned the stolen money to terrified customers remained a mystery on Sunday.

According to police, the unidentified customer who fatally shot dead a robber inside a Houston Taqueria restaurant and returned the stolen money to terrified customers remained a mystery on Sunday. According to police, the unidentified customer who fatally shot dead an armed robber inside a Houston taqueria restaurant and returned the stolen money to terrified customers remained a mystery on Sunday.

In Houston, a restaurant accrued a robbery where the robber was shot dead by a vigilante customer. According to Houston Police Department, the shooting happened around 11:30 p.m. Thursday, when a suspect dressed all black with a mask walked in the front door, pointed a gun at customers, and demanded their money and wallets.

Footage of the incident shows horrified customers hiding under tables as the robber, marched around and grabbed their belongings, which some had flung on the floor. As the robber is about to leave walking towards the door, the vigilante diner sitting in a booth can be seen reaching for something and suddenly stands up and opens fire on the suspect with a handgun.

The robber was shot in the back four times before the robber collapses to the ground. Then, while standing right over the robber, the customer shoots him again one more at point-blank range. After returning the stolen things from the suspect everyone including the shooter fled the restaurant, according to police.

The suspect’s weapon was later revealed by police to be a fake gun, either an air-soft or BB gun. Moreover, the suspect identified only as a man believed to be in his 20s was declared dead at the scene by paramedics, police said.

The Search For The Vigilante Shooter Customer

Houston police are searching for the shooter and want to interview him bout “his role in the shooting”. Moreover, according to a press release, police claimed that charges have not been filed against the man, and described him as a white or Hispanic male.

Legal Analyst Carmen Roe said in KHOU that the incident appears to be self-defense, and even if the suspect’s gun was fake the customers in the restaurant “clearly believed it was a real gun.”