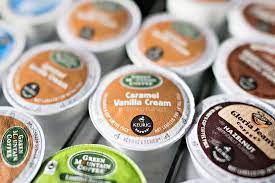 According to a class action lawsuit, K-Cup pods aren't as recyclable as they're marketed to be. (Photo: CNET)

According to a class action lawsuit, K-Cup pods aren’t as recyclable as they’re marketed to be. According to a class action lawsuit, K-Cup pods aren’t as recyclable as they’re marketed to be. (Photo: CNET)

You might be entitled to a portion of the $10 million settlement the company is paying over claims the tiny pods aren’t recyclable if you’ve purchased Keurig K-Cups to make your coffee. But the deadline for making a claim has passed.

According to a published post by CNET, Keurig’s packaging has long featured clear recycling instructions and the slogan “Have your cup and recycle it, too.” According to a class action lawsuit brought in 2018, the cups are not generally recyclable and “usually still end up in landfills.” The plaintiffs contend that Keurig fails to “inform the consumer of the extremely limited chance that the products will ultimately be recycled.”

They claim that because the polypropylene pods are too small and there is no market for the materials made from them, many recycling companies won’t even accept them. In addition, they are frequently unsuitable for recycling due to metal contaminants and coffee grounds.

Keurig Dr. Pepper also agreed to add larger-print language to packaging stating that K-Cups are “not recycled in many communities” in addition to the settlement. Numerous coffee producers, including Starbucks, Dunkin’, and Maxwell House, have licensed the K-Cup technology.

A request for comment was not answered, but the company has stated in filings that there has been no wrongdoing. The Keurig K-Cup case information you need, including who qualifies for payment, how much you could receive, and how to file a claim, is provided below.

Find out if you qualify for compensation from the $350 million data breach settlement with T-Mobile or the $5 million baggage fee payout from American Airlines, among other class action lawsuits. According to a class action lawsuit, K-Cup pods aren’t as recyclable as they’re marketed to be. (Photo: CNET)

Who Are Qualified To Submit A Claim For Compensation From Keurig?

If you bought K-Cup single-serving coffee pods marked as recyclable in the US between June 8, 2016, and August 8, 2022, you may be considered a class member in this case.

Although it’s not required, proof of purchase will affect how much money you get back: If you have proof of purchase, you can ask for a refund of $3.50 for every 100 pods you bought, with a minimum payment of $6 and a maximum of $36. You can claim up to $5 per household even without a receipt.

How can I submit a claim?

You can file a claim via the settlement website, print a form, fill it out, and mail it to the following address:

In this article:4 Days Left,class action lawsuit,K-Cup Settlement With Keurig