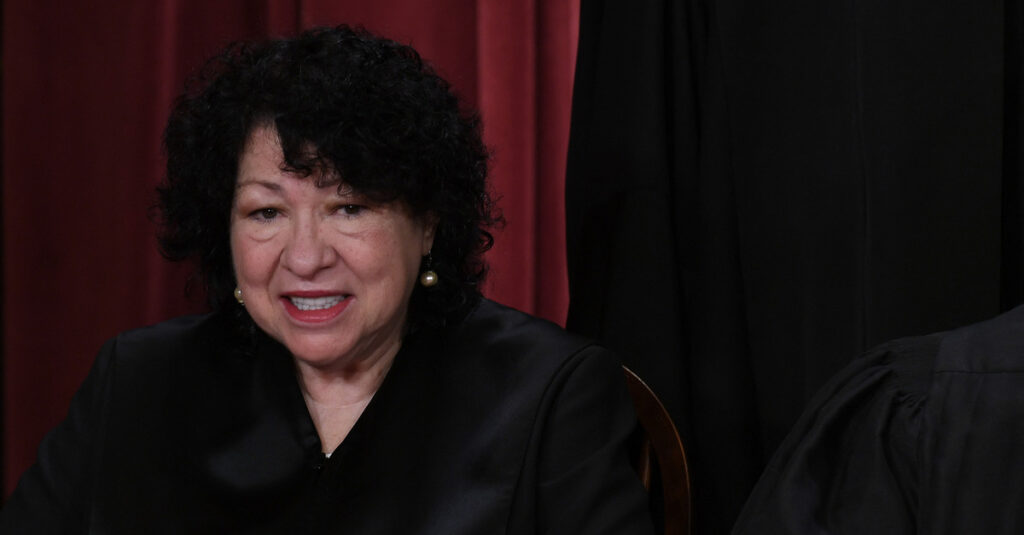 The New Rule For Abortion Pills

Sotomayor had a videoconference to the Association of American Law Schools at an event held at the University of California, Berkeley School of Law. Renowned constitutional scholar and Dean Erwin Chemerinsky moderated. After the Court ruled 6-to-3 to reverse Roe, Chemerinsky said that Dobbs would be the decision for which the current Court was “most remembered.” Sotomayor confided in Chemerinsky, “I did feel hopeless about the direction my court was taking,” but she pledged that she would continue to “tilt at windmills” and dissent, even as the Court becomes more conservative.

Sotomayor made indirect allusions to the Supreme Court’s decision to limit the First Amendment protection for abortion on the same day that the federal Food and Drug Administration (FDA) changed a regulation she had strongly disagreed with in 2021 to make it easier to get pharmaceutical abortions.

The FDA revised the rules and updated its website Tuesday night to permit mifepristone to be dispensed at retail pharmacies. The Covid-19 epidemic was raging when the Trump administration’s FDA passed a regulation limiting access to mifepristone by requiring women to physically see a doctor to receive the medication. The FDA was no legal obligation to change its policies according to the Supreme Court.

Sotomayor issued a scathing dissent from the Court’s decision which called the FDA’s requirements for  mifepristone “unnecessary, unjustifiable, irrational, and  undue burden on women seeking an abortion during the current pandemic.”  The justice aimed at the Trump administration’s inconsistent positions, which seemed to take COVID risks into account sometimes, but “refused to extend that same grace to women” in the context of abortions.

Insisting that women make an in-person trip to a pharmacy to obtain mifepristone was especially harmful to communities of color, said Sotomayor in 2021.

Mifepristone, known as RU-486, is the first pill in a commonly-used two-medication abortion regimen (the other medication is Misoprostol, which is less restricted due to its non-abortion usage). Until the change Tuesday, it could only be dispensed by a small number of specialty pharmacies and clinics. Under the new rules, a doctor’s prescription is still necessary, but any pharmacy that accepts those prescriptions can dispense the pills both in-store and via mail. The current shift in FDA rules means that for the first time, major retail drugstore chains such as CVS, Rite Aid, and Walgreens, will be permitted to offer mifepristone.

Mifepristone is authorized by the FDA for use during the first 10 weeks of pregnancy.
Read Also:

Stimulus Check 2023: Several States Are Still Giving Away Checks This Year – Here’s What To Know More!