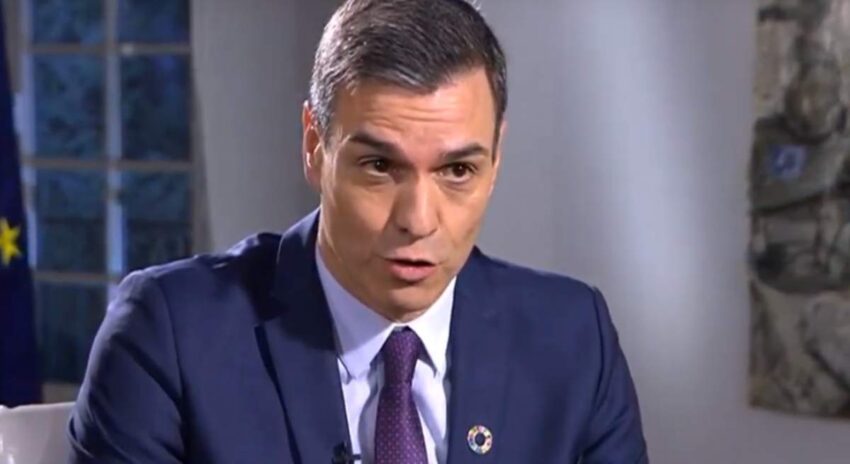 The more than 14 months that have elapsed since the Government approved its Recovery Plan , backed by European Next Generation aid , are already enough time to take stock of the aid management.

And this summary is disappointing in terms of the low volume of aid that is effectively executed, and not only nominally awarded or simply recognized as such. In the absence of official statistics on the funds that reached their final recipients , the comparison of the EU statistics and the most recent ones from the General State Intervention indicates that, to date, the volume of funds actually executed is in the environment of 6,900 million between 2021 (2,400 million) and the first seven months of this year (4,500 million more).

This is a remarkably low figure considering the expectations that the Government had created through its own Budgets. Specifically, the Executive provisioned 26,000 million in the past financial year charged to resources from Brussels and even received an advance of 9,000 million in the summer of that year from the European Executive.

Now, in 2021, not even that advance was put into circulation in its entirety according to the figures handled by the community auditors. After the accounting close of last year, these professionals ensured that Spain awarded (which implies going much further than mere authorization or recognition of obligations) a total of 2,400 million in all of 2021.

It is true that this is a larger figure than that of other EU countries, since there are several that did not mobilize even one euro of European aid last year. However, it is still a figure far removed from the Government’s promises about what is destined to be “the great engine of post-Covid recovery” .

Figures as of July 31
Now it is worth asking if an improvement is taking place in 2022. To do this, given that it is very early to have an updated European audit, it is necessary to resort to the figures of the General State Intervention closed on July 31, which provide a certain approximation . And these numbers show the great road that remains to be traveled.

In that accumulated, there are just under 4,500 million that the statistics recognize as “payments made”, when there are 28,500 million budgeted. And it should be noted that the release of these disbursements does not imply that they are entirely in the hands of their final recipients, beyond the public sector. A large part of them went to institutions such as the railway infrastructure manager Adif or to the Public Employment Services, in addition to the autonomous communities .

More pending procedures
However, according to the legal sources consulted, the money in the hands of the regional governments subsequently has to follow “other procedures and regulations” before flowing into the real economy. “It is not that it is necessary to face a second investment tender, in addition to the one already carried out by the State,” they clarify, “however, the resources have to follow the requirements of the current regulations” before they can be considered. as placed in the hands of their final recipients.

Moreover, in the business world, complaints continue to be heard about “the scarcity of calls supported by the European funds that are being called” and the slowness with which the resources of the community fund against the Covid crisis are being put into circulation. , even more necessary at a time when the turmoil related to the Russian invasion of Ukraine is fully unleashed.

There is even a risk that the Next Generation funds will suffer the same fate as the extraordinary aid for companies and the self-employed, around 7,000 million, which was approved in March 2021 by the central government without having the agreement of the autonomies, the last responsible for its distribution. The excessive bureaucratization of these aids caused the arrival to the final recipients to be delayed for months, until after last summer and its final recipients, even today, continue to encounter access difficulties.

The Next Generation funds are also affected by this fight between the central and regional administrations. According to experts, the fact that last year Madrid was in third position in the ranking, with 1,213 million, behind Catalonia, autonomy to which 1,578 million are destined, is questionable. In fact, the Government presided over by Isabel Díaz Ayuso filed an appeal that affects a specific item of that distribution, questioning the criteria to which it obeys.