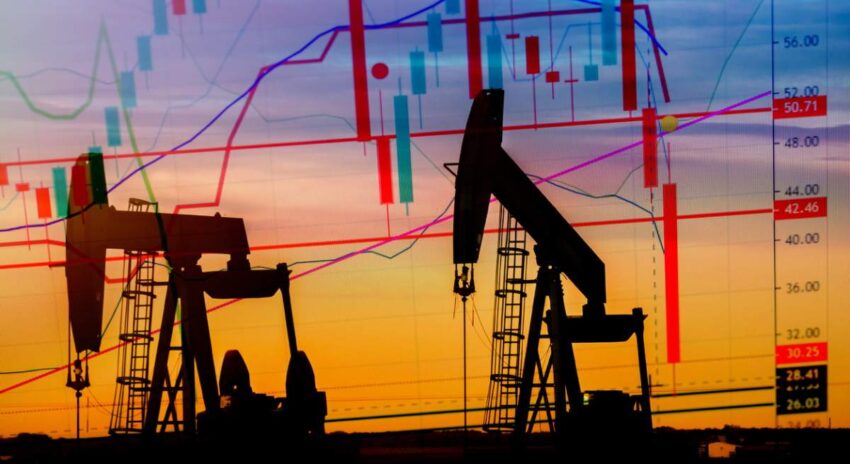 To date, high fuel prices have been one of the factors that have contributed the most to record inflation figures on both sides of the Atlantic. But after the change in the monetary policies of the world’s major central banks, the fear of a recession contributes to the collapse of oil , which has lost more than 32% from the year’s highs.

Since the president of the United States Federal Reserve, Jerome Powell, announced that efforts to combat inflation would go further, despite a possible recession, the Brent barrel has depreciated 17% to below 85 dollars which was recorded in yesterday’s session (at the lowest since January).

At the same time, the strength of the dollar is being a ” wrecking ball for raw materials “, according to the executive director of Black Glod investors, Gary Ross. This situation leads the market to think, according to Bloomberg , that the reference barrel in Europe will close on average this year below 100 dollars, an average calculation that has not been considered for more than five months.

The war in Ukraine and the sanctions imposed on Russia keep the prices of energy raw materials under pressure. But with the new prospects of falling world demand, the inflationary pressure of oil is going to decrease to the point that for the first quarter of 2023 crude oil would be disinflationary. In the first quarter of 2022, Brent averaged $97.7 . For the first third of next year, the market considers that it would not be able to exceed 80.9 dollars per unit, nine dollars less than what was projected in June.

The step that marked the barrel of the North Sea from April to June compared to that seen from July to now, on average, is 13%. And from here until beyond the second half of 2023, Bloomberg forecasts suggest that the rungs of this quarterly oil price ladder will also be downward .

Nor do we have to go to the next financial year to see how crude oil puts downward pressure on inflation. The last third of the year will have an average price of 84.3 dollars per barrel , 10% less than projected in June . And this data is getting closer to what was recorded at the end of the last third of last year, at 80 dollars, which invites us to think about advancing the deflationary effect of oil even more if the prospect of a global recession continues or worsens. .

Now, the curve that describes both the Brent barrel and the Texas barrel exemplifies the volatility of crude oil futures due to the Russian invasion of Ukraine and its consequences, as well as the rise in interest rates by the European central banks. This allows for a wide range of forecasts between different investment banks about where prices will be between now and the end of the year . The forecasts are outdated in a matter of a few days while the positions between deflationists and those who predict a crude oil market more broken than the current one are confronted.

The partial mobilization of the reservists announced by Vladimir Putin last week caused a rise in the price of energy raw materials. In fact, most investment firms continue to consider that the worsening of the war in Ukraine is one of the main factors that can contribute to the rise in prices , although the “environment of progressive deterioration in demand prospects prevails as central banks accelerate interest rate hikes,” according to SelfBank.

With December just around the corner, the deadline to implement the embargo on Russian oil by the G7 members – to try to cut the financing of Putin’s war – may contribute to higher prices. And the emergency release of crude reserves by the International Energy Agency, led by the United States, comes to an end next month. Similarly, the Organization of the Petroleum Exporting Countries has already cut its oil production in the hope of raising prices and it is not ruled out that it will maintain (or increase) this course going forward.