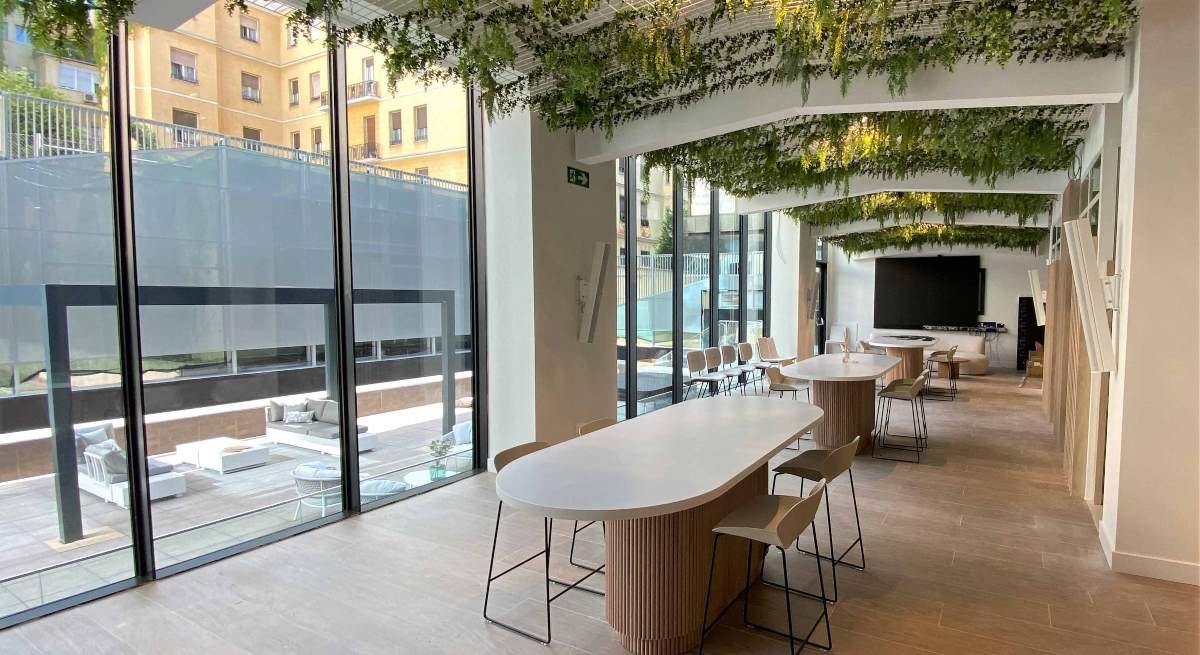 Aedas Homes revolutionizes the way it relates to its customers with the launch of a mega flagship in the heart of the Salamanca district of Madrid with which it hopes to boost its income from home customization and also boost the sale of second homes.

In just two months that the 1,300-square-meter space has been operational, billing for customization has already tripled . “The average investment of customers in personalization packs has gone from around 3,500 euros to skyrocketing to 15,000 euros,” explains Carlos Hugo Cano, Director of Clients at Aedas Homes.

“This is an amount that barely accounts for 4% of the average price of Aedas Homes homes, which stands at 350,000 euros on average”, highlights the manager, who assures that “beyond the numbers, it is clear that our initiative of bringing the homes closer to the particular needs of the client through a space such as the flagship is being very successful and well received by the clients. This customization of small details represents an improvement and a differential value in the market”.

With the flagship, the promoter is verifying that the acceptance of this added value is growing. “Until now, around 50% of customers requested personalization and this percentage has skyrocketed as a result of the flagship and the passage of customers through this innovative space in which personalized treatment is dispensed. For example, personalization has reached 100% of the homes sold in the Sanabria II development (18 customization projects closed in the first month),” he specifies.

Aedas is the first developer in Spain to have a space of this type that houses different rooms such as a lobby with a 3×3 meter video wall, a 360º room, an area of ​​illusions, exhibitions of bathrooms, cabinets, dressing rooms, kitchens, a sample room, a Living room with atelier and a pilot house of 100 square meters, among others.

“Visits are made by appointment, are personalized and last about two hours,” explains Cano, who points out that the company’s objective is that all Aedas customers can go through the flagship at some point in the purchase process. “For those who come from outside Madrid, we pay for their transport,” highlights the manager, who anticipates that in the future the objective of Aedas would be to open a flagship in each delegation.

interior design
Aedas has the LIVING service, through which it offers customers the option of contracting the interior design of their homes, so that “they can enjoy their home from day one, and make a fully tailored project based on their taste, style and needs”, explains Silvia G. Tortosa, Director of Design and Interior Design at Aedas.

In the first month of the flagship, the promoter has closed interior design projects for more than 150,000 euros . “The average price of LIVING projects ranges between 30,000-40,000 euros. However, there are projects from 16,000 euros and 25,000 euros in the event that the project requires modifications in the distribution and interior design”, concrete Tortosa.